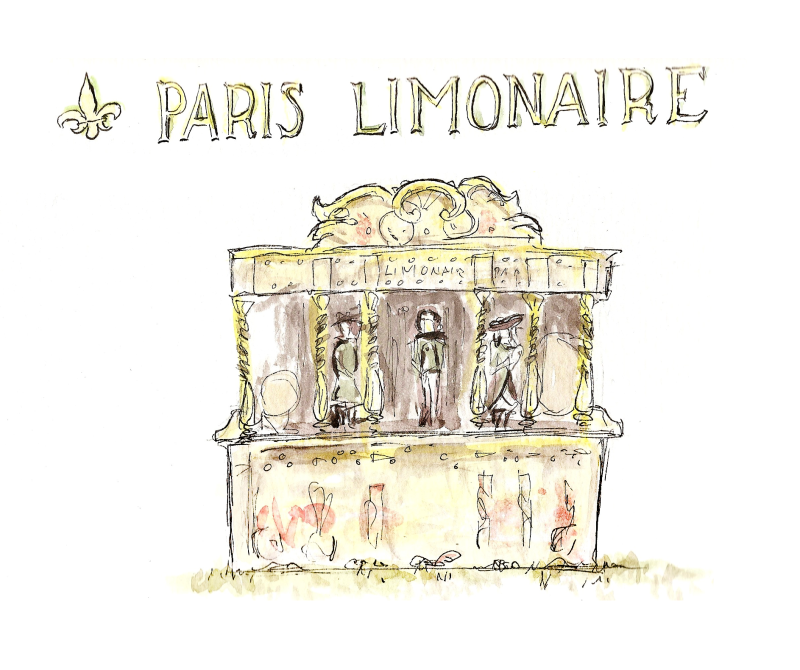 For the last few months I have been working at a vintage french carnival on Governor’s Island named Fête Paradiso! It has been a wonderful experience full of mostly happy children and beautiful old amusement park attractions. The whole place is just begging to be drawn and so last Sunday I dressed up in my traditional carny garb and set about sketching the sights. I also tried my hand at “caricature” drawing, in my own way, which proved to be much more challenging than I anticipated.

There are only two of these left in the world. One of them was used in the film Midnight in Paris. 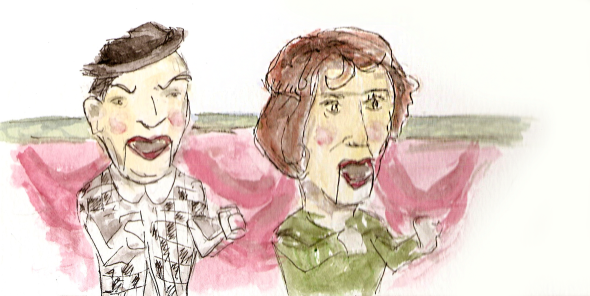 Part of a game where you throw a ball into the puppets painted to resemble old-timey celebrities.

We are calling this the beer pavilion. It is probably my favorite structure of the whole site. 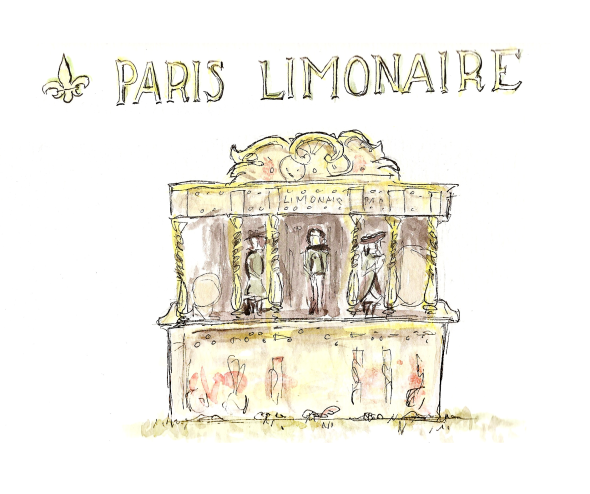 This is a Calliope, it’s like an organ which reads long pieces of cardboard that you feed through it. The cardboard pieces were printed in 1840. Très fragile. 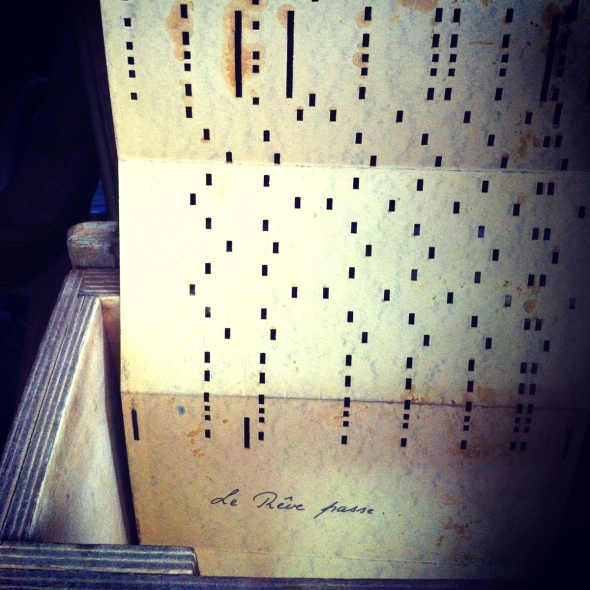 A photo I snapped while learning how to run the Calliope. 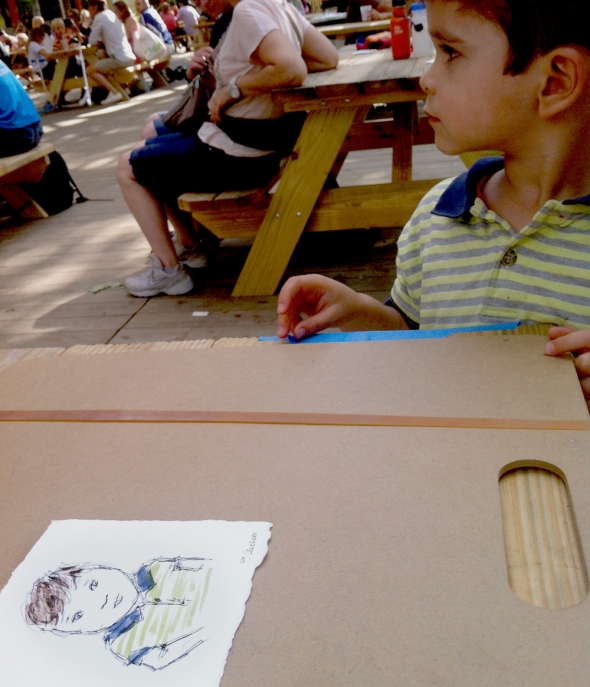 My attempted representation of this fine young man. He was only somewhat keen on having his picture drawn.

This little darling took creative liberties with my business card. I am in love with it.

Original version of my business card can be seen here.

22 Aug This entry was published on August 22, 2013 at 3:33 am. It’s filed under drawing, Uncategorized, watercolors and tagged carnival, fete paradiso, french, sketch, vintage, watercolor. Bookmark the permalink. Follow any comments here with the RSS feed for this post.