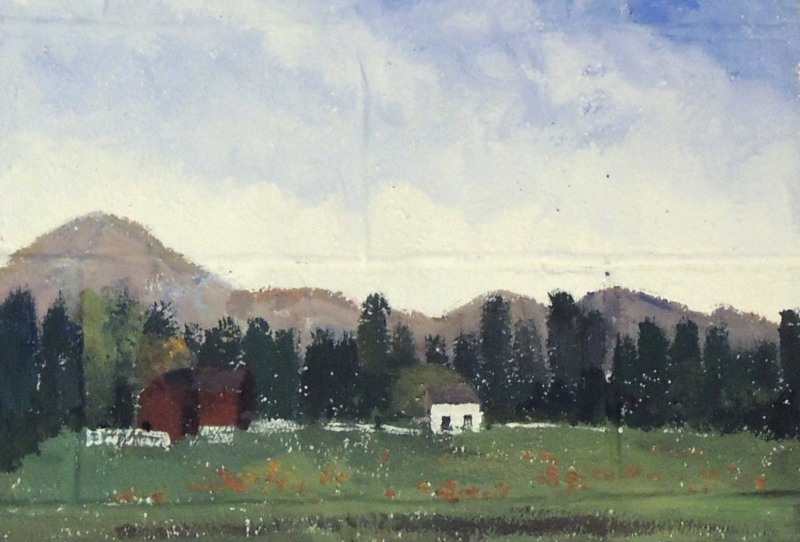 I was fortunate to be able to paint a small mural in the basement of the community theater where my friend Kima works. It’s a bit difficult to describe the atmosphere in which this mural was to be born. Just image a community theater in the Lower East Side of New York City. Imagine any 60+ year old actor/actress you may have ever met and then turn up the volume on the eccentricity and multiply them x20. Lucky, I am the product of two theater majors and am well accustomed to their dramatic ways.

The tradition of the theater is to throw a huge Halloween Ball every year. They decorate the different rooms and theaters turning them into cabarets, haunted mazes and concert halls. The muralists are usually recurring artist who are often politically charged. 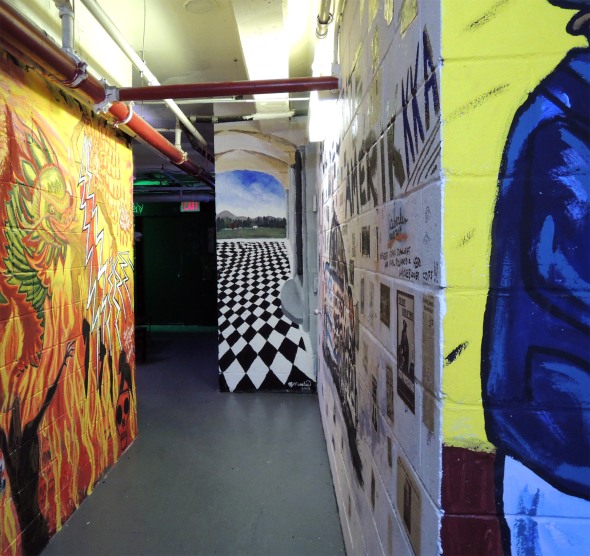 My original concept was to turn my little wall into a trompe l’oeil of sorts. The basement was so dark and austere I wanted to bring a bit of lightness and grandiose. I wanted my wall to appear as if the hallway was continuing down a long magnificent path which led out onto some sort of pastoral landscape. I saved the landscape for last, knowing it was the most unprecise and thus potentially time consuming part.  I printed off a few inspiration images, some fields surrounding medieval castles and a photo of my Grandparent’s farm.

A photo of my grandparent’s farm in West Linn, OR, during the pumpkin patch.

First I painted the sky and then some distant mountains reminiscent of the ones behind the farm and before I knew it I had painted straight replica. The farm is particularly close to my heart right now. For one, it’s autumn, especially nostalgic for me because my grandparents used to have a pumpkin patch, Don’s Pumpkin Patch. Complete with hay-rides and cornstalks I used to run through until I panic and cut through the side. The farm has recently sold and my family will be moving off of the property in the next few months. I enjoyed painting the farm much more than any other part of the mural and I was finished with the landscape in less than an hour. 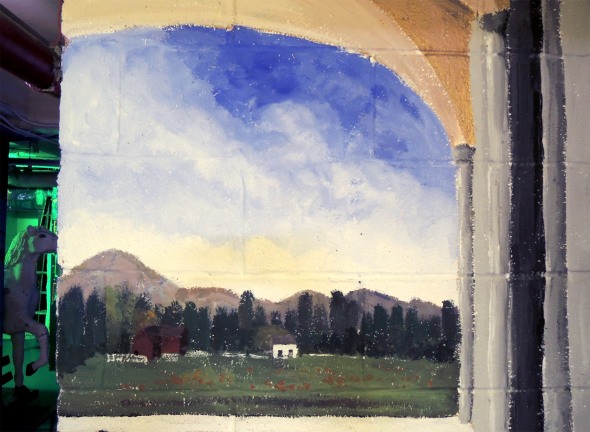 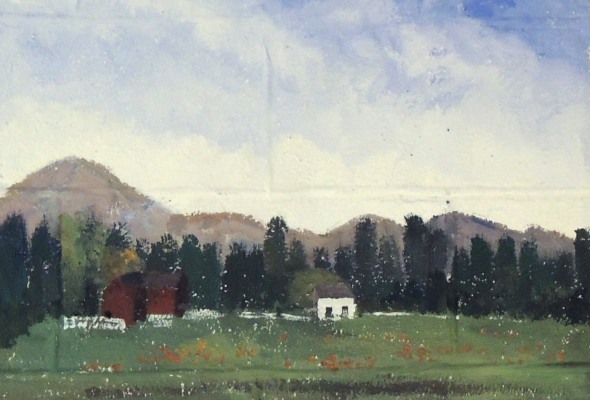 The Halloween party that resulted was a spectacle to say the least. 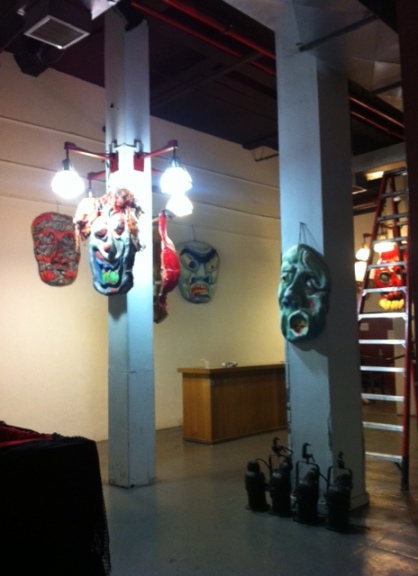 Setting up for the Halloween Ball

You can go see my mural in the basement of the Theater for the New City from now until next Halloween.

18 Nov This entry was published on November 18, 2013 at 2:26 am. It’s filed under mural, painting and tagged farm, mural, pumpkin patch, trompe l'oeil, west linn. Bookmark the permalink. Follow any comments here with the RSS feed for this post.

Older: A Set Fit For a Queen
Newer: Fête Moves On